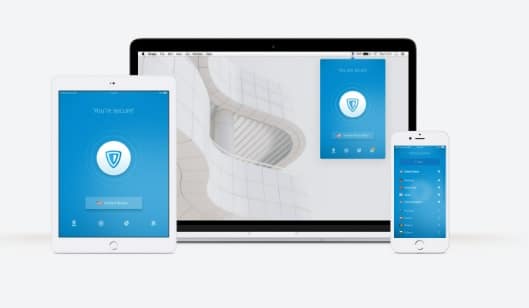 Trusted by more than 47 million customers since 2013, this German VPN service has established itself as one of the biggest VPN providers in Europe. Our ZenMate VPN review is thorough and fully examines the vast range of features available.

Our experts fully test the speed and performance of ZenMate VPN servers, flush out device support, examine every security feature, and determine the usefulness and quality of every special feature this VPN service has to offer.

Our ZenMate VPN review confirmed more than 4,000 servers cover over 80 countries including more than 40 European locations, two dozen Middle Eastern and African nations, and an extensive range of Americas and Asian countries. That’s far greater coverage than what we uncovered in our ProtonVPN review.

This VPN service offers good coverage with smaller countries often boasting around 20-30 servers and large countries featuring more than 150. Many countries feature servers that are actually physically located within that country’s borders.

ZenMate VPN also offers some special servers dedicated to streaming. These are servers that have proven to be reliable when accessing streaming platforms and ZenMate VPN regularly updates this list by adding or removing servers.

Why choose ZenMate? We break down ZenMate VPN in a nutshell with these fast and easily digestible advantages and disadvantages of selecting this popular VPN service.

Speed and Performance for ZenMate VPN

For those new to VPN services, the use of a VPN will not generate speed. VPN servers will always slow down your connection and good speed simply means limiting the amount your connection will slow down.

Your speed will also depend on your chosen tunneling protocol. Using the IKEv2 protocol during our ZenMate VPN review, we only noted around a 20-30% drop in average download speeds. However, upload performance was not so impressive, with our connection often dropping by as much as 80% in most instances.

UDP OpenVPN protocols were disappointing with significant drops for both downloads and uploads. TCP speeds hit a decent middle ground though. With limited protocols available, there isn’t too much wiggle room. ZenMate VPN offers good performance for downloading but won’t suit those who require significant uploading, such as Youtubers or heavy-duty gamers.

For serious gamers, explore our guide to the best VPN services for gaming in 2022.

From a technical standpoint, ZenMate VPN is safe. Firstly, this VPN offers strong encryption leveraging the AES-256-CBC cipher which utilizes private keys for traffic encryption and decryption of traffic. Without the private key, anyone intercepting your data would find your data unreadable.

Authentication is processed through a SHA-256 hash function which is common among many of the most popular VPN services. An additional security feature that ensures ZenMate VPN is safe is the Kill Switch – if the link to the VPN server is severed, the app will disable your connection to the internet.

Our ZenMate VPN review noted three tunneling protocols available – IKEv2, L2TP/IPsec, and OpenVPN (TCP/UDP). However, these are the only options you’ll get which is rather limited. It is also important to note that the browser extensions for ZenMate VPN only leverage AES-128 encryption.

ZenMate offers DNS leak protection and to date has no known instances of DNS leakage – meaning hackers won’t be able to intercept your communication and identify your IP address. There are also no identified instances of data leaks by ZenMate in a long, 9-year history.

An adblocker function is available for premium users of ZenMate VPN but it is only available for the browser extensions and not the desktop applications. OpenVPN is not only a premium security feature but also reserved for the Ultimate account type only.

We understand that the use of ZenMate for security & privacy is paramount and a major component of that is anonymity. Firstly, ZenMate follows a 100% zero logs policy which means the VPN service doesn’t keep any user data. Secondly, our free ZenMate review confirmed the service does hide your IP address successfully.

However, the company is based in Germany and the company’s privacy policy does mention the storage of personal data for necessary periods only as allowed by the European regulator. Should Germany or the EU change its position on data retention, this policy would no longer be zero logs.

ZenMate is available on a variety of platforms. For desktop and laptop users, ZenMate VPN supports macOS, Windows, and Linux. Chromebook and non-iPhone users can download ZenMate for Android devices. Those using iPhones and iPads can rejoice as iOS is supported too.

ZenMate offers dedicated apps for each of the supported device operating systems such as Windows, iOS, and Android. There is even device support for Fire TV. Most of the ZenMate apps also feature the Stealth function to remove all cookies and history after logging off the VPN.

Both the free and Pro accounts are only available on browsers. This is achieved through dedicated add-on software for supported browsers including Microsoft Edge, Google Chrome, Mozilla Firefox, and even Opera. These add-ons or extensions allow you to access the ZenMate VPN features from within your chosen browser.

You can certainly use ZenMate VPN for torrenting and P2P file sharing, however, this won’t be possible on every server. Due to regulations in some countries, torrenting will be restricted on those servers.

While we didn’t always experience the best speeds during our premium ZenMate review, we were able to access a vast range of streaming services including Netflix in several countries, Amazon Prime, HBO Now, and BBC iPlayer.

We were able to watch international sports channels, and stream Netflix in 4K, but, just like we experienced in our Atlas VPN review, we were also unable to access DAZN.

ZenMate offers a feature called Smart Locations. Acting much like an automated split tunneling function, Smart Locations allows users to have the VPN automatically turn on for selected websites. This is particularly useful if you only wish to use your VPN for selected activities such as watching Netflix or using torrent platforms.

Another handy feature uncovered during our ZenMate VPN review is the favorites’ function. For those who have the need to access multiple countries, users can simply add a server to their favorites. This allows users to instantly access important servers without having to surf through the 4,000 plus options available.

If you’re new to using VPNs or just fancy a heads up on using a few of the useful perks offered by the ZenMate platform, we’ve got a few top tips to make your experience even smoother.

Plans and Pricing for ZenMate VPN

We thoroughly tested the pricing structure for our ZenMate VPN review because safe and secure internet browsing shouldn’t cost you an arm and a leg. There are 3 types of ZenMate VPN platforms available – Free, Pro, and Ultimate.

The Ultimate account is available for all platforms including iOS, Windows, Linux, and Android devices, as well as smart TVs and internet browsers. This account also requires a paid subscription of either 1 month, 1 year, or 3 years. A month-to-month subscription will set you back $10.99 a month, while a 1-year plan costs $53.88, and a 3-year subscription will cost you an incredibly low $59.

The fees are quite affordable and are lower than many of the bigger competitors like Nord VPN. Like many VPN companies, ZenMate runs regular promotions and sales too. You won’t be immediately locked into a plan either with a 30-day money-back guarantee.

The free ZenMate VPN account can only access 4 countries, be used on a single device, and you’ll be limited to speeds of 2MB/s. This account still maintains the 100% no logs policy of the paid accounts and can only be used on the Chrome, Edge, and Firefox browsers.

The first thing we noticed after our first few minutes in the ZenMate windows app was how it felt just like our CyberGhost review – that’s because the platform feels and looks incredibly similar!

We found some issues with the user interface such as the inability to select regions within a country – necessary in countries like the US where region makes a huge difference. The mobile platforms are fairly easy to use and overall, the platforms are snappy and responsive.

We tested the customer support for our ZenMate VPN review as it is imperative that users can reach assistance in a timely manner and with the utmost relevance. ZenMate VPN offers 24/7 support via either Live Chat or a highly detailed web form. Live chat is certainly the faster option with a real agent able to assist us instantly during every request attempt during our ZenMate review.

For the casual user who wishes to access content while traveling or is after a bit of peace of mind regarding the security and safety of their data, ZenMate VPN is a reliable and good option. The server coverage is very good and our ZenMate VPN review has confirmed the ability to access geo-locked content.

ZenMate also offers some handy features like a reliable kill switch, P2P support, specialty streaming servers, and quick customer support. However, the VPN service has very slow upload speeds and the company’s policy on data retention is inconsistent and a little less than transparent.

The pricing structure is affordable and perfectly priced for casual internet users. ZenMate VPN is a decent service for the average internet user looking to protect their credit card details or watch Netflix whilst abroad, but we wouldn’t recommend it for those that have serious uploading requirements or for online gaming.

Is ZenMate any good?

Yes, ZenMate is a useful and reliable VPN service that will meet the needs of most casual internet users.

Yes, we conducted a ZenMate free review and confirmed that anyone can use the basic ZenMate platform for free. A paid plan is required to access most features though.

Is ZenMate VPN a virus?

No. ZenMate VPN is not a virus. In fact, ZenMate VPN is safe and tools such as the ZenMate Web Firewall can help prevent viruses from infecting your devices.

Why is ZenMate so slow?

There are a number of reasons a VPN connection could be slow including tunneling protocols, browser version, chosen server, and network congestion.

ZenMate VPN is safe and has many security features ensuring the safety of your data when accessing the internet.

Which free VPN is safe?