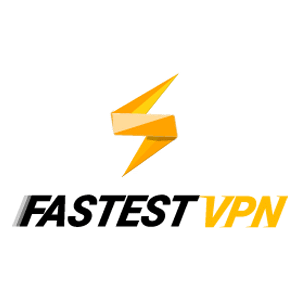 "FastestVPN is known for not only their speed, but also their reliability"

The growing threats online have made it imperative for everyone to look for some way to stay secure online. That is the only way to ensure that your online data remains protected while you go about your online activities. One route to improved security is through the use of a VPN.

A VPN (Virtual Private Network) is an app that cinches your security. Additionally, it provides other features such as bypassing geo-blocks on certain platforms, aiding with online shopping, and enabling torrenting. Many VPNs exist, one of which is FastestVPN.

In this review, I examine all the features of this provider, providing you with useful information in case you want to jump on the service. Here goes.

FastestVPN is a new provider operating out of the Cayman Islands. Although it is a new entrant in the industry, FastestVPN is constantly improving to be able to compete favorably with the bigwigs. For instance, it recently added both adware and malware blockers to its retinue of security features. This is in addition to the AES 256-bit military-grade encryption model, internet kill switch, and support for several stellar security protocols that it employs.

The provider has servers in 40 countries and 52 locations. The provider does not give the exact number of servers that it has. However, it states that you can access restricted sites like Netflix, Hulu, and Amazon Prime with its service. In the same vein, the servers are ideal for P2P file sharing and torrenting. This is a feature provided only by a handful of providers.

You wouldn’t have to worry about cross-platform compatibility with this provider. It claims to provide apps for more than 20 device types. That more than covers the major device types. Its pricing and plans are affordable, buffered by an effective 15-day money-back guarantee. If you run into any challenges, it has a 24/7 live chat where you can quickly resolve the challenge.

FastestVPN may not be up there with the best yet. Nonetheless, it gives good value for money, especially for moderate users.

One of the first things I check out when considering a VPN is its number of servers. This is because its server strength is indicative of a couple of things. Firstly, it tells you the number of locations you can connect from. Hence, if you are looking to access a specific geo-blocked platform, the VPN server in that location lets you do so.

More so, you can estimate how fast the VPN could be by the number of servers it has. When a provider has limited servers, it could mean that users would cluster on them. This invariably leads to delayed speeds and lags.

Sadly, FastestVPN has a limited number of servers. It has servers in 40+ countries and 52+ locations, although it does not specify the exact number of servers there are. The server breakdown by location includes:

On the upside, this provider insists that these servers unblock geo-restrictions with relative ease. Furthermore, you can torrent files with the servers with no challenge whatsoever.

Whatever you need a VPN for, you need speed. Slow servers make for a frustrating VPN experience and could even expose you to risks in certain cases. In the latter scenario, a lag in speed could reveal your details to hackers and cybercriminals. This soundly defeats the purpose of getting a VPN in the first place.

FastestVPN is emphatic about the speed of its servers. It promises to deliver content speedily and without the slightest hassle. It makes the same boast regarding its unblocking ability. It claims to be able to unblock content on multiple platforms, regardless of the strength of the encryption you could find on them.

The provision of strong security is unarguably a VPN’s primary duty. There is no need to use a VPN if it does not provide strong enough features to enable you to evade hackers, cyberstalkers, and any other such malicious entity.

For those in high-risk jobs, such as those in the intelligence community, the need for heightened security is further increased. The same goes for dissidents and human rights agitators. For the latter group, they need protection from their governments and those in authority. Only the best VPN providers can beat the encryption systems of most governments.

To determine the security strength of any VPN, I look at its security features.

FastestVPN does really well when it comes to security. Firstly, it uses AES 256-bit encryption to secure its servers. This encryption model is the same used by the United States military – a testament to its efficacy. Furthermore, it provides you with a slew of protocols to choose from. You will find OpenVPN, IKEv2, IPSec, OpenConnect, L2TP, and much more on the service.

In addition, this provider boasts of a kill switch that immediately kicks in if the VPN momentarily falters. It similarly makes use of the NAT firewall that blocks unsolicited incoming traffic. You also get an inbuilt DNS-leak protection feature and adware and malware blockers.

On every conceivable side, FastestVPN does its best to ensure that you stay protected the entire time.

In furtherance of privacy, most stellar providers do not keep records of the data of their users. They do so by operating a strict no-logs policy. The idea is that if there is nothing retained, then they cannot be compelled to give you up.

Thankfully, FastestVPN states that it maintains a strong no-logs policy. Hence, it wipes down your data at the end of each VPN session. This keeps you safe even when the authorities come knocking. However, this no-logs policy has not been tested, unlike the situation with some other providers.

FastestVPN has its headquarters in the Cayman Islands. The Cayman is the destination of choice for those seeking to stay out of the reach of the authorities. This is because the region is not part of any international alliance, such as the 14 eyes network. Hence, the choice of this location is strategic. FastestVPN can expect that there would be no compulsion for it to share users’ data. More so, the country would not need to cooperate with international bodies looking to sniff out VPN users. It is a win-win on both ends.

The reason for ascertaining the platforms a VPN provider supports is to ensure cross-platform compatibility. It would hardly make sense to go along with a provider without apps for your device.

This provider has apps for more than 20 device types. You can expect that your device would be among this number. It even is compatible with obscure devices such as Xbox, Roku, PS4, Kodi, etc.

This VPN allows 10 simultaneous device connections. With one subscription plan, you can connect this number of devices. You can hence pool resources together with family and friends to get on one subscription.

You may require a VPN to increase your streaming speed or for torrenting. In the case of streaming, you will need a VPN, mostly to unblock geo-restricted sites. Certain platforms restrict their content to people located within a certain geographical location. In effect, this shuts out everyone else who isn’t currently located in that region.

A VPN eliminates this problem by giving you a means to appear like you are physically located anywhere you choose. For instance, you can access content meant exclusively for those located in the US, even when you are not. You need to connect to a VPN server located in the United States. The geo-block gets unblocked.

Similarly, you may need a VPN for torrenting and P2P file sharing. Most Internet Service Providers throttle your browsing speed when they discover you are torrenting files. However, with a VPN, the ISP will be none the wiser about your use of a VPN. You can torrent files with no challenge whatsoever.

FastestVPN promises access to geo-restricted content of different forms. It claims to unlock Netflix, Amazon Prime, Disney+, and much more regardless of your location. Upon testing, although, for the most part, this provider can unblock Netflix US, it struggles with the others. You would have to be careful to select an optimized server for streaming.

Furthermore, this provider dedicates some of its servers for torrenting and P2P file sharing. With these servers, you can speedily gain access to torrenting sites with no hassles.

You get unlimited bandwidth with this service. Thus, there is no cap on the amount of data you can expend. Likewise, FastestVPN assures you of blazing-fast speed with its service. You can rest assured that there will be no buffering either when you stream or download content.

FastestVPN has some of the cheapest subscription offers in the VPN market. The plans get progressively cheaper the more months you subscribe for. Its 3-year plan is the cheapest, saving you more than $300.

You will find a breakdown of their offers below.

The provider provides directions on how to get on a subscription plan. Similarly, you can pay for your plan using a credit card and with Paypal also.

FastestVPN has good enough features that the average VPN user will be satisfied. Of course, it is not in the leagues of the big wigs; hence, some features such as split tunneling is absent. Also, its limited number of servers could impact user experience. For users who may want a broader server range they will be less than satisfied.

However, one area this VPN gets a plus in user experience is in its customer response system. It offers a 24/7 response system, promising to solve problems within minutes of the query. It also runs a live chat service. You will have any issues resolved in real-time by customer care personnel and not some robot.

This provider also makes available FAQs, tutorials, live chat, and email options for anyone looking to solve a need. Really, FastestVPN goes to great lengths to ensure that each user has optimum satisfaction when they hook up to the service.

Does FastestVPN Work in China?

Whether a VPN can beat China’s encryption is the biggest determiner of the VPN’s strength. China has a very tough stance regarding privacy. It routinely locks out any VPN provider that it identifies. Several providers have been kicked out of China because of this policy. The encryption system that the Chinese authorities employ is known as the Great Firewall of China. As already stated, it is the bane of a lot of providers.

Unfortunately, FastestVPN does not have any servers stationed in China. This means that users outside China looking to access Chinese content will be hindered from doing so.

As for Chinese residents looking to use the VPN, this provider offers a way out. You can connect to a server in any of the neighboring regions. Currently, FastestVPN has servers in Japan. Connecting to a Japanese server from mainland China will offer you all the goodness of a VPN. While at it, you can trust FastestVPN’s robust security features to keep you safe.

FastestVPN has several things going for it, including its relatively cheap subscription offers and ability to unblock restricted websites. It also has quite remarkable security features, even beyond some of the top tier providers’ offers. In this review, I have shown you all that you need to know about this provider. Read through to gain insight before making a decision.

Did you find this review helpful?