Home Articles Which Governments Are Requesting Your Data The Most?

Which Governments Are Requesting Your Data The Most? 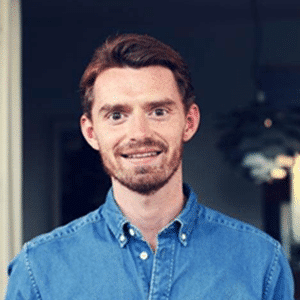 Privacy is something that is becoming increasingly hard to maintain in the digital era. We all rely on technology in our everyday lives, whether it is social media or smartphones. However, this technology regularly shares our data with the companies that run and manufacture them. Furthermore, these companies can also pass along our data to third parties such as advertisers and marketers. It is one of the many reasons why people may be encouraged to utilize a VPN that protects their privacy when they are online.

Among the third parties that can request data from technology companies are governments. For various reasons, governments can request that technology corporations provide access to your data. The idea of governments accessing your personal information from social media or smartphones can be alarming. Therefore, every year, many of the biggest tech companies around the world will publish Transparency Reports so that customers can see when this happens. These annual reports not only inform users about how much personal data is requested by their governments though; they also explain just how often tech companies comply with each government’s requests.

In an attempt to understand which governments request the most data from their citizens, and to also identify how often technology companies provide this information, TechRobot has taken a deep dive into the Transparency Reports for three of the biggest corporations in the sector: Facebook, Twitter and Apple. TechRobot has looked at these companies’ reports across 20 major countries and compared the most recent results from Q1 2020 against the same period from last year.

The United States requests the most data from tech companies, and is granted the most access too

The United States Of America is the country that requests the most data from its citizens. Across the Q1 2020 Transparency Reports from Apple, Facebook and Twitter which Tech Robot analysed as part of the study, there were almost 70,000 requests for data from the US government. Alarmingly, this is also 21% higher than the number of requests that were made during the same period in 2019.

Studying the top 10 governments which request the most information from their users, the US was also granted the most access by tech companies. 76% of these requests were granted by Apple, Facebook and Twitter meaning over 50,000 pieces of information were shared with the US government. However, there has been no significant change in how many requests were granted from the previous year. In 2019, there were just 5% fewer granted requests by Apple, Facebook and Twitter.

The German government was the second-worst offender in Tech Robot’s research. Almost 25,000 requests were made for personal information by the German government in the first quarter of 2020, 16% higher than the same period in 2019. There is one silver lining though: Apple, Facebook and Twitter denied almost half of these requests with only 54% of them sharing requested information.

In France, almost 14,000 data requests were made to Apple, Facebook and Twitter in the first quarter of 2020. What is noteworthy, however, is that this is an enormous increase compared to the same period in 2019. Compared to Q1 2019, there were 90% more requests made by the French government. Equally remarkable is that France had the second-highest number of granted requests: 74%, which is 7% higher than the previous year.

The German government requested the most data from Apple devices followed by the US, Japan and Spain

Looking specifically at Apple devices, the German government made the highest number of requests to access data from the globally renowned tech giant behind the iPhone. 13,021 requests were made to Apple in Q1 2020, of which Apple granted 81%. The figure is at least three times higher than any other country studied. The statistics are fairly similar to those from the same quarter in the previous year though, which were only 4% less. Similarly, Apple granted the same number of requests in Q1 2020 that they did in Q1 2019.

It is the United States in second place having requested 4641 pieces of information from Apple, of which the tech company granted 82% of these requests. Behind them are, rather surprisingly, Japan and Spain who submitted 1427 and 965 data requests respectively. There was a 23% surge in requests in Japan compared to last year, meanwhile, Spain actually saw a 40% decrease in the number of requests according to Apple’s transparency reports.

There are several reasons why governments may request information from Apple according to the tech corporation. These include: ‘law enforcement investigations on behalf of customers regarding lost or stolen devices’; ‘investigations on behalf of customers in which a credit card was fraudulently used to purchase Apple products or services’ or simply to ‘seek customers’ content data, such as photos, email, iOS device backups, contacts or calendars’.

Over 55,000 requests for government data were granted by Facebook in the USA, increasing by 21% from the previous year

In response to government requests, Facebook states that it may produce any of the following data: Basic subscriber information such as name, length of service, payment information and email addresses; records pertaining to account activity such as message headers and IP addresses’; and the stored contents of an account such as messages, photos, videos, timeline posts and location information.

The US government has requested this data from Facebook the most. Tech Robot’s study shows that there were over 61,000 requests in Q1 of 2020, a 21% increase from the same period last year. Despite the increase, Facebook still granted the same percentage of these requests across both periods: a relatively high 88% in both Q1 2019 and Q1 2020.

Facebook had nearly six times as many requests for data from the US government compared to the second-highest country on the list, Germany. 11,211 requests were made to Facebook by the German government in Q1 2020. Although Facebook only provided this information in 62% of cases, the number of requests grew rapidly compared to figures from the same period in the previous year. There was a 54% increase in requests between 2019 and 2020.

Again, the United States requested the most data when delving into Twitter’s transparency reports. The social media platform received just short of 3500 requests for their users’ information from the US government in the first quarter of 2020, a 62% increase from the same period in 2019. 59% of these requests were granted.

Arguably the biggest finding from Tech Robot’s study, however, was that France, Denmark and South Korea each saw an enormous 400% increase in the amount of information their governments were requesting from Twitter. Each had a 402% climb in data requests in Q1 2020 compared to Q1 2019.

Tech Robot analysed the Q1 2020 and Q1 2019 transparency reports from Apple, Facebook and Twitter for 20 of the top countries in the world. To complete the full table, the average number of overall requests and granted requests were calculated. The percentage increase and decrease were determined by comparing data for Q1 2020 and Q1 2019.