Home Guide Does NordVPN Work in China? Here’s What You Have To Do 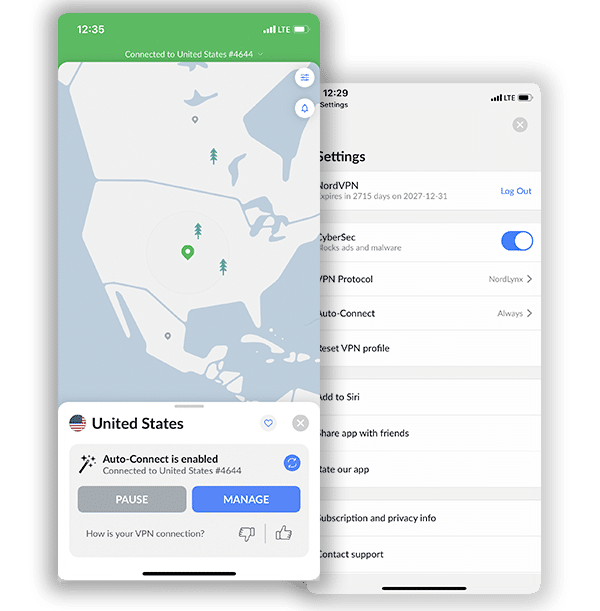 Visit NordVPN Save up to 64%

Does NordVPN Work in China? Here’s What You Have To Do

The world is increasingly getting interconnected, with the internet being the glue holding it all together. Most countries of the world enjoy internet freedom. This is especially the case for countries that practice democracy. Citizens in such locations freely use the internet, surf, download, and upload content and also make use of the various social media platforms available.

However, there are other countries where internet liberty is not entirely guaranteed. Countries with repressive regimes often censor and limit the internet reach of their citizens. It is commonplace in such situations to find that certain websites are blocked, the press is gagged, and a heavy governmental presence online. China is one of those countries.

Firmly in the grips of communism, China is one destination that would greatly hamper the freedom of internet lovers. This can be a turn-off for individuals looking to travel to China on a visit or for business. However, there is a way to get around this challenge. In this article, we show you the best means to get around internet censorship in China.

Why Do You Need NordVPN for China?

China is not the only country with internet censorship. However, it is highly notorious because of the sophistication of its blocks. The Chinese authorities make almost all of the popular websites and social media platforms inaccessible. Sites like Facebook, Twitter, Instagram, Google, Gmail, etc., are all inaccessible from within the country. This cuts off the citizens from crucial information and limits their interaction with the world. The strength of the encryption is so watertight that it is now known as the Great Chinese Firewall.

The Chinese authorities claim that the restrictions are for the protection of Chinese citizens. While this may be partly true, the extent of the restrictions has also grown over the years. It is particularly worrying that the Chinese government seems to focus on social media sites. Thus, it does appear to be a concerted effort to shape the ideologies of citizens.

Usually, individuals who want to have unhindered access within China use VPNs. A Virtual Private Network (VPN) creates a secure tunnel between a user and other internet users. It prevents interference in any form. Thus, ordinarily, hackers, snoops, Internet Service Providers (ISPs), and even the government cannot have access to your data. However, the Great Firewall of China makes a joke of VPNs. The encryption is so tough that VPNs are unable to get through, save a precious few. The authorities have even gone as far as providing government-approved VPNs to be used by citizens. These are obviously unreliable. Using them would be the same as making your data available to the government. More importantly, you would be unable to access restricted content with these VPNs.

In the light of the above, you may wonder how to stay in touch with the outside world if you intend to travel to China. Find out below.

Does NordVPN work in China?

The simple answer is yes. NordVPN is a premium service provider that has been on the scene for such a long time. The key to its longevity is a combination of stellar service delivery and amazing VPN features. It has a wide range of servers in strategic locations globally. In addition to that, users also get a slew of security features to keep them safe from prying eyes. This includes the military-grade AES 256-bit encryption model, a kill switch, split tunneling features, and obfuscated servers. However, these basic features are insufficient to break through the Great Firewall of China.

How is NordVPN able to operate in China?

The first reason is the provider’s large server count. NordVPN has more than 5400 servers in more than 60 countries. This gives any user a wide range of options to choose from. If you are looking to connect to a server in any country, you would most likely find one available on NordVPN. However, NordVPN does not have any servers in China. This is strategic. Without any server in the country, the service provider would not be forced to follow any of the country’s stringent data laws. On the surface, this would seem counter-intuitive, but in reality, it is not. This is because you would not need a server to be in China to access content outside of the country. In fact, the reverse is the case. Thus, while in China, you can simply connect to a server in any other location to use the internet without any sort of interference.

Furthermore, NordVPN provides a fleet of special servers known as obfuscated servers. Obfuscated servers are designed to get around restrictions in countries with heavy censorship, such as China. Generally, a VPN swaps the regular IP address you have with the one that it provides. This VPN-provided IP address is impervious to attacks. However, it gives off a unique signal that can be picked up. It is through this means that the authorities identify IP addresses using VPNs and shut them down. Obfuscated servers ‘confuse’ anyone on your tail. It makes it appear as though yours is a regular IP address and so no one will be the wiser.

Since Obfuscated servers are specialty servers, you would actually have to enable them before they fully kick in. In the next section, we would discuss all of the steps you need to take to get the VPN service up and running.

How to Set Up and Use NordVPN in China

In the first place, you ought to make sure that you have downloaded and installed the VPN before traveling to China. This is because the website may be inaccessible while you are in Chinese territory. So, unless you have the app already installed, you would be unable to access the appropriate app for your device. At the moment, NordVPN runs a mirror website in China. This shadow site has all of the features of the regular one. However, it is reliable and can be shut down at any point where the government discovers it. Thus, in any case, your best bet is to have the app downloaded and installed before you set foot in the country.

That aside, here are the full steps you need to take to get NordVPN up and running while you are in China.

2. Navigate to the Advanced setting and enable it. To do so, you need to navigate to the Setting Option and turn it on. Scroll down to the last option; you will find the ‘Advanced Settings’.  Tap it to get started. (Click on “I know what I am doing” if any warning pops up. This happens if it is your first time going through this process. )

3. Click on the ‘Obfuscated Server’ option. You will know if you have got this right when the slider turns blue.

4. Go back to the main menu and select any server from the Obfuscated servers list. You can either manually pick any one of the servers yourself or go along with the pinned locations that’d appear.

5. Your app should be running just fine now.

Why Use NordVPN in China?

NordVPN is one of the few VPNs that get through the Great Firewall of China. Nonetheless, it is still one out of a limited number of options. Apart from being able to circumvent the restrictions, what else makes the provider stand out?

We mentioned earlier that NordVPN has no less than 5000 servers globally. This is quite remarkable and gives an almost inexhaustible range of options. Even though it doesn’t have any servers in China, it has several in neighboring countries like Hong Kong, Taiwan, etc.

You can count on being safe with NordVPN. The provider has both standard security features such as the AES 256-bit encryption model and even special ones such as the Obfuscated servers.

You may run into challenges while setting up your account. In that case, you’d need an effective customer care system to resolve any challenge quickly. NordVPN’s response system is one of the most comprehensive in the industry.

Frequently Asked Questions on Whether NordVPN Works in China

Is it legal to use NordVPN in China?

This is because the legality of VPN usage in China isn’t very clear. However, what’s certain is that it isn’t generally unlawful to use VPNs in China. Many Chinese companies use VPNs to protect their data exchanges. In addition, there are many other uncontroversial uses for VPNs. What’s illegal is the use of VPNs to bypass China’s internet restrictions. However, with NordVPN’s obfuscated servers, you don’t have to worry that the government will detect that you’re bypassing its firewall.

Can I get a dedicated NordVPN IP address for China?

Yes, NordVPN can grant you a dedicated IP address to use for China. A static IP address means that you’re the only that uses this IP address for the duration of your subscription. Notably, this personal IP allows you to control your online reputation. However, you cannot get a dedicated Chinese IP address from NordVPN. This is because NordVPN only offers dedicated IPs from the US, Germany, the Netherlands, France, and the UK. Finally, you’ll also have to pay an extra fee for this feature.

Should I use a free VPN for China?

No, using a free VPN for China is inadvisable. Even if you’re tempted to use a free VPN for any other country, it shouldn’t be for China. Firstly, China has very tough geo-restrictions. So, finding a free VPN that works with China will be very challenging. You may still have to deal with data logging and poor internet security when you finally find one. Finally, no free VPN can grant you all the benefits you get with NordVPN. So, it’ll be best to purchase a NordVPN subscription.

What websites can I access from China with NordVPN?

Once you connect to NordVPN from China, you can access most platforms that are banned within China. Notably, this is a long list because China has banned several websites. For example, with NordVPN, you can unblock social media sites such as Facebook, Twitter, Instagram, Reddit, etc. You can also access foreign streaming platforms such as Netflix, Hulu, HBO, Disney +, etc. Finally, you can unblock news media, search engines, and even blogging platforms with NordVPN.

Many VPN providers have tried and failed to get around the Great Firewall of China. NordVPN, fortunately, is not on that list. It is actually one of the few providers you can trust to break through and bring the world to you, regardless of China’s barricades. Implement the tips here to get started.